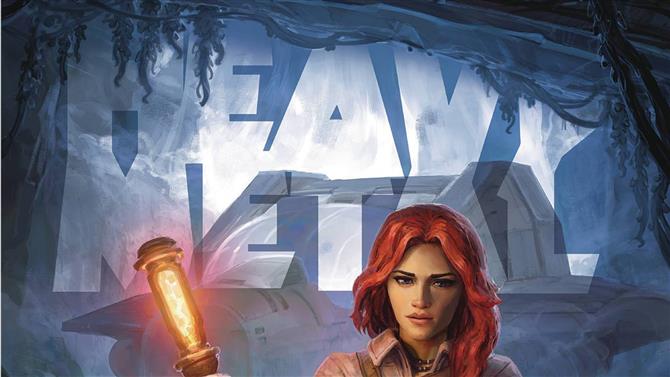 Heavy Metal has recruited a full-time editor for its Virus imprint, and also promoted two individuals within its company to bigger roles.

These changes come as the company enters its second year after a 2019 company overhaul led by CEO Matthew Medney. This has included a rejuvenated interest in the company’s namesake Heavy Metal comics anthology, as well as new divisions for creator-owned comics, prose novels, podcasts, and a film studio. 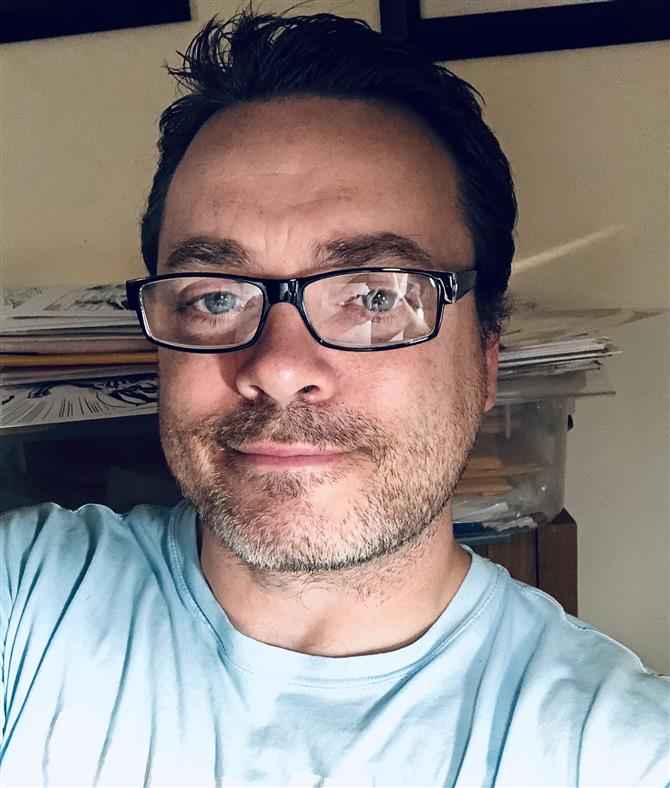 Artist/writer/editor Keith Champagne is joining the company as the Virus imprint’s editor. Best known his work on JSA and the Flash, Champagne has also worked in several staff positions including project manager at Ominous Press, editor-in-chief of Space Goat, and co-founder of his own publishing venture, 5th Dimension Comics.

«As a young punk with a head full of comic book dreams, getting my hands on a copy of the latest issue of Heavy Metal Magazine was so exciting. As an adult, I’ve been thrilled to have my work published in the flagship magazine, and I’m honored to now be trusted with the keys to the Virus line of creator-owned titles,» Champagne says in the announcement.

Heavy Metal launched the creator-owned-project-focused Virus imprint in 2020, and until now the projects under that label were a shared responsibility for the Heavy Metal editors. With Champagne’s hiring, there is now a more dedicated focus on the imprint going forward.

«The plan for Virus is to build an imprint where creators around the world can cut loose, tell their boldest, most subversive, and imaginative stories, backed by the full marketing and editorial strength of the Heavy Metal machine. Fasten your seatbelts, this ride is going to be wild!» 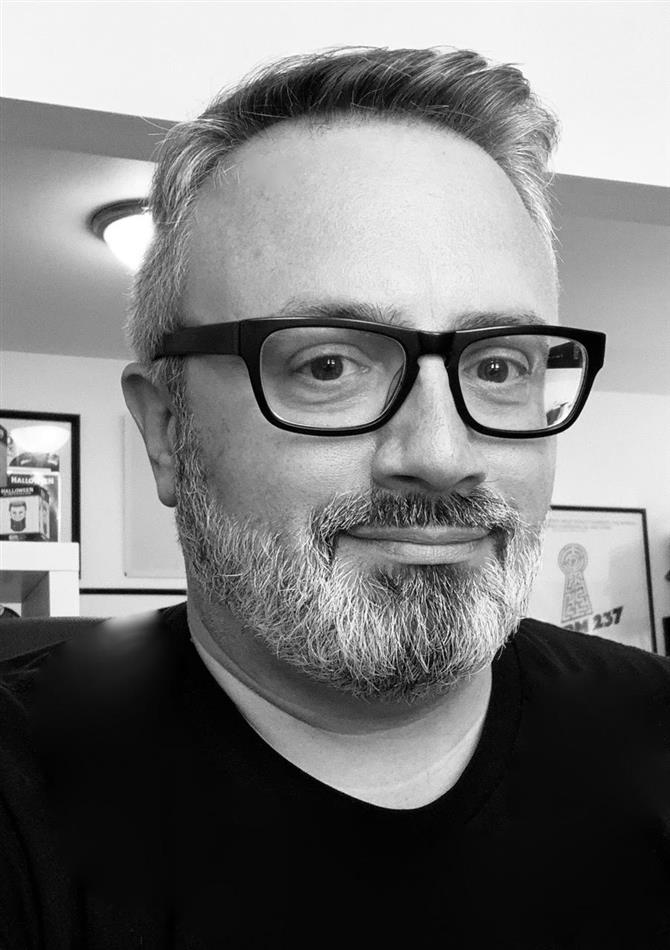 «Heavy Metal was a fundamental part of my youth, and even two years into my tenure with the company, it’s still hard to believe that I get to wake up every day and leave a small fingerprint on this massive, overwhelming legacy,» said Longo. «Assuming the responsibilities of Associate Publisher is a true honor. This almost makes up for all the dog-eared copies of the magazine I had confiscated by my middle school teachers. Almost.»

As the newly-named Heavy Metal associate publisher, Longo will be in charge of a new, streamlined subscription model as well as working on international deals for Heavy Metal’s stories. He’ll also be taking point on the publishing line’s business development. 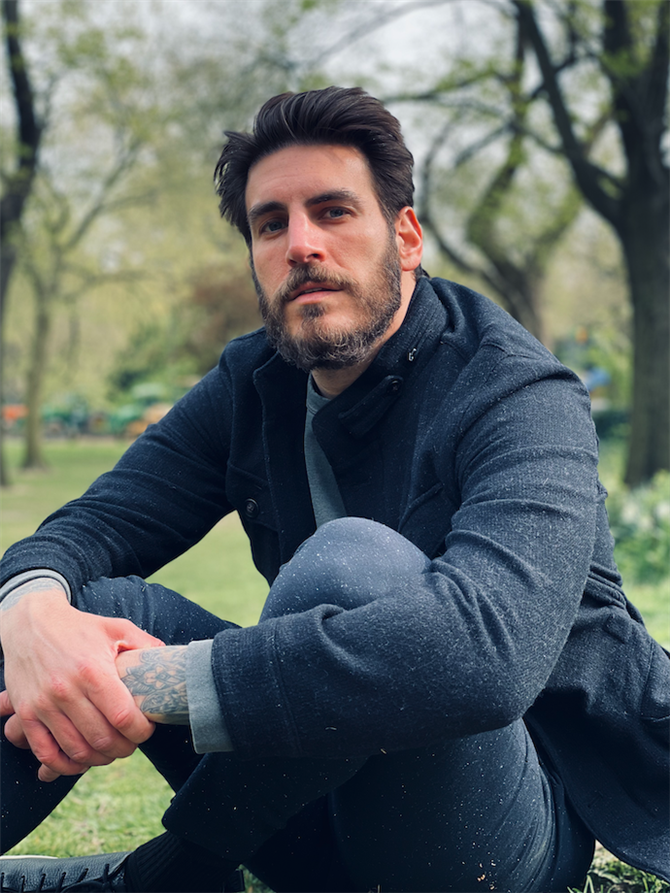 Heavy Metal’s Morgan Rosenblum is best known as the editor/director of editorial production, and that position has evolved now to a bigger title — managing editor/art director for Heavy Metal.

«It’s been an eventful two years for me at Heavy Metal, and I’ve learned so much from this incredible team. Having legends like Joseph Illidge and David Erwin take me under their wing, they’ve really helped me to evolve as both an editor and an artist,» says Rosenblum. «It all trickles down from the top, and CEO Matthew Medney is a true visionary with a plan. It’s a privilege to be a part of this iconic brand’s resurgence and we’re only just getting started.»

Rosenblum will now work with executive editor Joseph Illidge on the Heavy Metal magazine itself, and will be the lead editor on several comic book and graphic novel projects.

Longo and Rosenblum originally joined Heavy Metal in 2019 as part of an overhaul of the company led by the then-incoming CEO Matthew Medney. 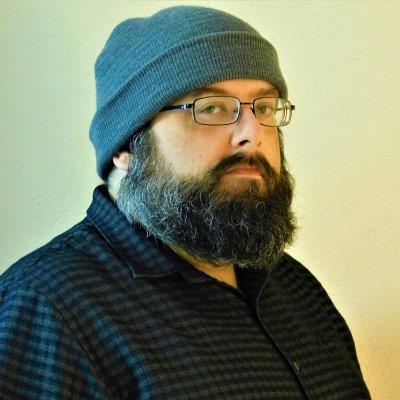 Newsarama Senior Editor Chris Arrant has covered comic book news for Newsarama since 2003, and has also written for USA Today, Life, Entertainment Weekly, Publisher’s Weekly, Marvel Entertainment, TOKYOPOP, AdHouse Books, Cartoon Brew, Bleeding Cool, Comic Shop News, and CBR. He is the author of the book Modern: Masters Cliff Chiang, co-authored Art of Spider-Man Classic, and contributed to Dark Horse/Bedside Press’ anthology Pros and (Comic) Cons. He has acted as a judge for the Will Eisner Comic Industry Awards, the Harvey Awards, and the Stan Lee Awards. Chris is a member of the American Library Association’s Graphic Novel & Comics Round Table. (He/him)